A Report by Architects for Social Housing

Unfortunately it takes longer to unwrap a lie than it does to tie it with a pretty bow and sell it to ‘the People’, and the Greater London Authority’s Draft Good Practice Guide to Estate Regeneration, published in December 2016, is a cellophane-wrapped, ribbon-tied box of untruths. This commentary by Architects for Social Housing, therefore, is considerably longer than the Guide itself, which is a compilation of the myths used to justify London’s estate demolition programme. Of course, as Alexander the Great famously demonstrated, the quickest way to untie a mythical knot is with a sword, and the best response to this draft is the organised resistance of estate communities to its proposals, beginning with their refusal to engage in any consultation with the public institutions and private companies that are intent on demolishing their homes for profit. It’s clear that this draft and the consultation it invites, sent out to every housing estate in London with a Toolkit for Local Meetings, is a precursor to the individual estate consultations which – as any resident who has gone through the process can testify – will be used to justify the demolition of their homes.

What follows is ASH’s commentary on the Greater London Authority’s draft text, to which we have opposed our own Good Practice Guide to Resisting Estate Demolition. Although we have not commented on every paragraph, for ease of reference we have retained the GLA’s titles and paragraph numbering in red. And in place of its anonymous and highly fanciful case studies of estate regeneration, we have provided real and verifiable examples of estate demolition. We have no illusions that the Greater London Authority, the London Mayor or the Homes for Londoners board he chairs will read or respond to our comments; but we hope that, when local authorities and housing associations refer to the GLA’s Guide in order to justify their plans to demolish an estate, residents new to the language of ‘regeneration’ will be able to use our commentary to challenge them. It shouldn’t be hard, as this is one of the worst written policy documents we’ve ever read. So bad is it, in fact, that rather than responding to its contradictory, inaccurate, misleading and frequently meaningless statements – which render this draft useless as a means of consultation – residents should seek to use this Guide as a weapon with which to defend their homes. It is this that the ASH commentary has been written to provide. A PDF file of this report can be downloaded here:  Homes for Londoners 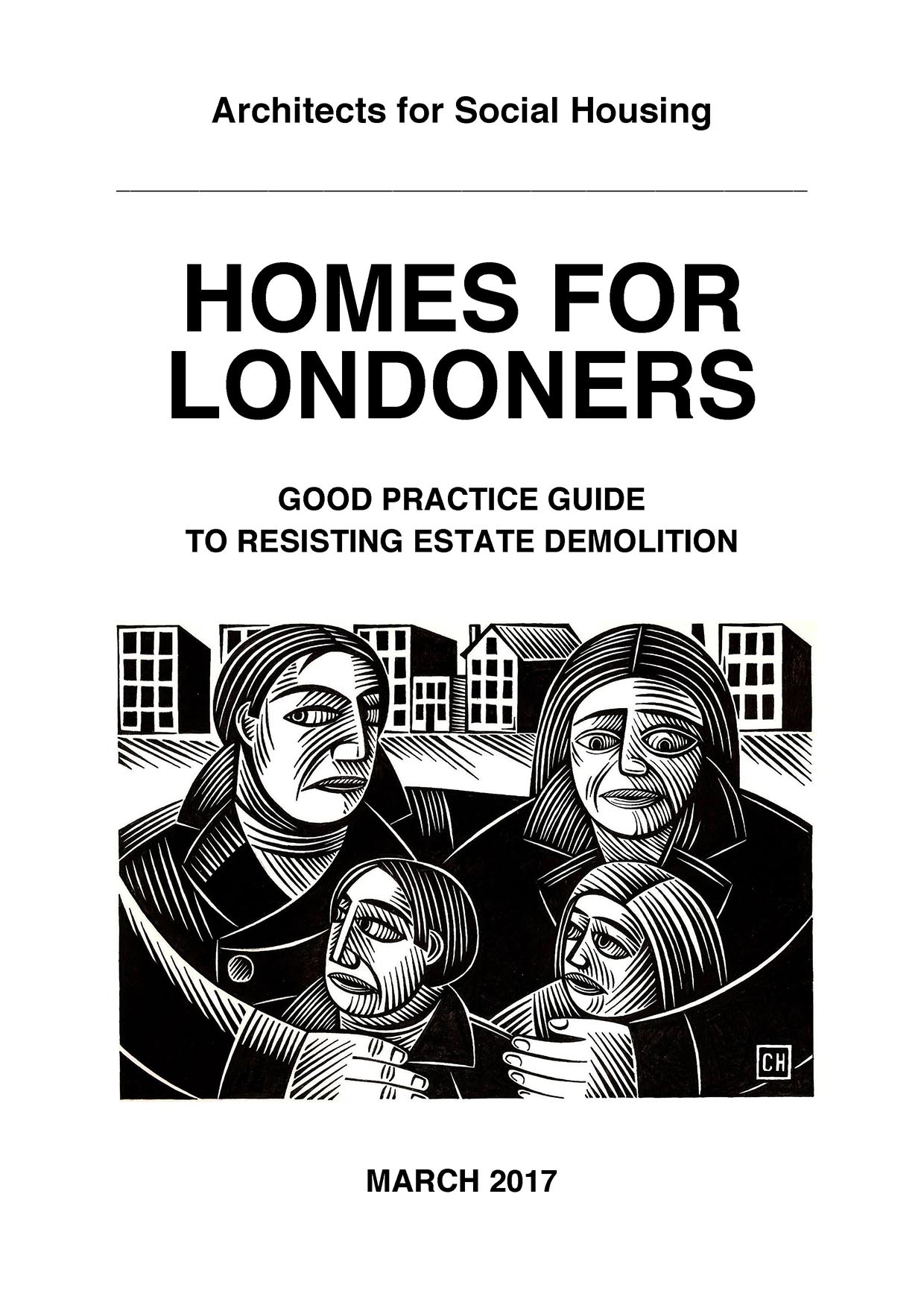