For a Socialist Architecture –

ASH are pleased to announce the publication of our book For a Socialist Architecture Under Capitalism.

Over the summer of 2019, as part of a research fellowship, ASH took up a month’s residency in Vancouver. Drawing on the past five years of practice working with residents of housing estates threatened with demolition, ASH presented their thoughts about the necessity and possibility of a socialist architecture under capitalism. To do so, they looked at the social, environmental, economic and political spheres of architecture, and how they can be reclaimed from the hegemony of neoliberalism in legislation, policy and practice.

In a series of four lectures, ASH mapped out the development process from 1) strategy, legislation and policy, to 2) urban design, master-planning and brief development, to 3) project design and the planning process, to 4) procurement and construction, to 5) management and maintenance, and identified the moments of political agency at which the agents for a socialist architecture can intervene in and disrupt the capitalist structure and functioning of this process.

In addition, ASH also identified moments that are outside this development process proper, but which can be brought to bear upon it, including the tasks of education, dissemination and agitation for change. In doing so, they have developed a framework for both individual and collective agency that extends far beyond the skills of an architect, and is not limited to either industry professionals or the layman’s protest. ASH contends that all of us are potential agents for a socialist architecture; but to be called ‘socialist’ that agency must go beyond voting and protest — both of which give legitimacy to the illusory ‘freedom’ of capitalist democracies — to oppositional political practice.

For this printed edition of the lectures, ASH has included two additional texts: an introduction, which was originally published in January 2020, following the UK general election; and a postscript, which looks at the ruinous impact of lockdown restrictions on UK housing and how we can respond. In publishing the expanded forms of these lectures, ASH aims to make their contents available not only to people who are threatened by the crisis of housing affordability in the UK, but also to policy-writers looking for alternatives to the selling off of public land and housing to private investors, as well as to architects looking for an alternative to the orthodoxies of contemporary architectural practice.

You can find the original online publication of lectures on the ASH research site here. 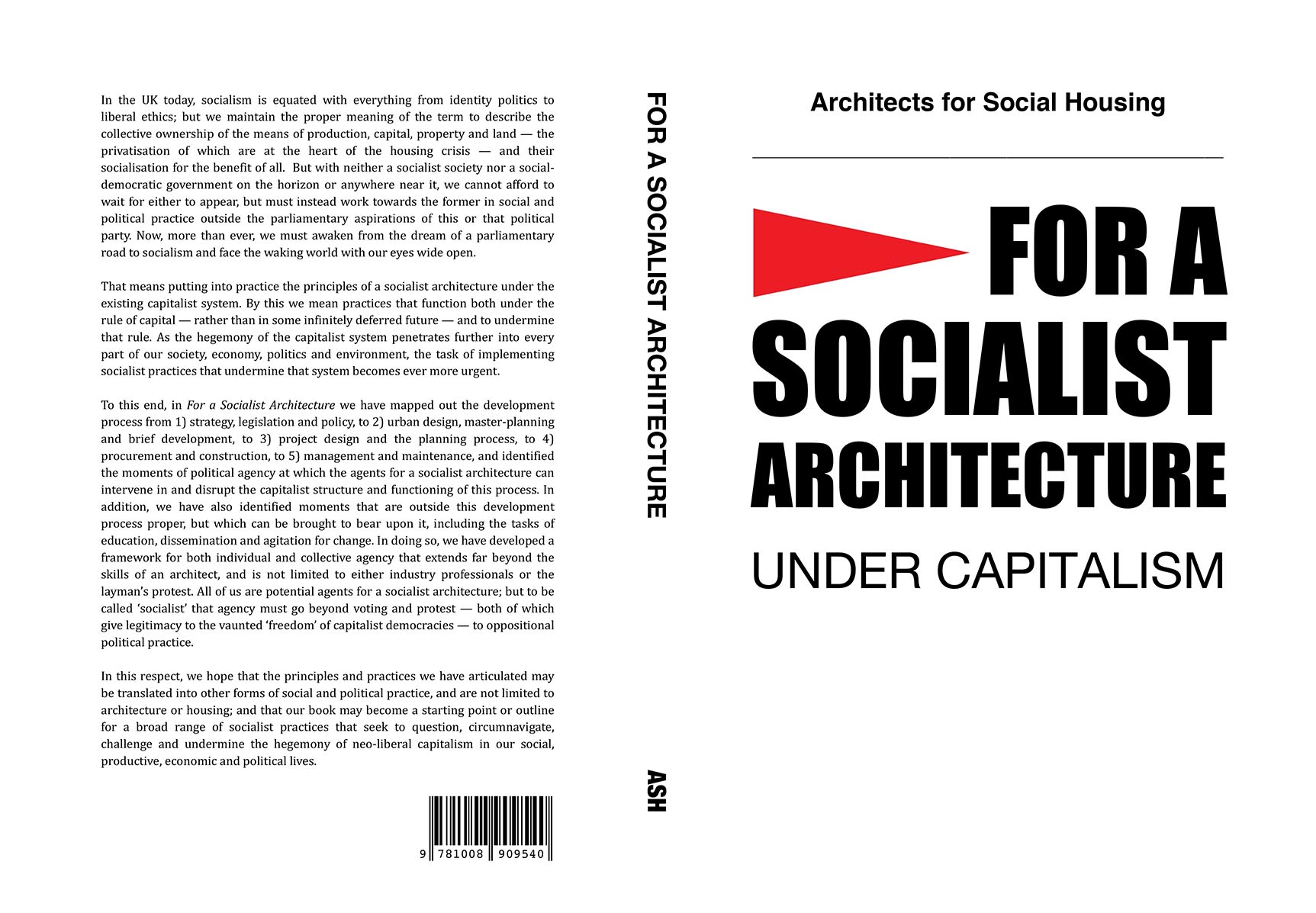